When your garbage disposal wasn’t invented the problem of wasted food was, and still is, a huge issue in homes across the globe. Nowadays a lot of food just doesn’t get eaten before it goes bad which equals money down the drain. This post was inspired by my friend, who always has tons of food left from her dinner parties. Her reasoning? “What most people don’t know is that your garbage disposal is not meant to break down as much food as people think it does,” I told my friend. “And frankly what happens when you put too much garlic in there?”

1. Grease in the Garbage Disposal

Grease is one of the most common things that people put in their garbage disposals. Grease is a liquid-like substance that forms as food is processed, and it’s made up of fats and oils. You probably have grease in your kitchen, but it’s not something you want to put down your drain.

Grease can clog pipes and cause problems with your disposal unit. The grease gets caught up in the blades and can’t break down like other food items will. This causes the grease to build up inside the unit and eventually clog it completely.

To avoid this problem, don’t put any type of grease down your drain. If you want to get rid of some excess grease, place it into an empty container and throw it away with regular trash.

2. Wet or Sticky Materials in the Garbage Disposal

Food scraps that are wet or sticky — such as meat and vegetable oil — will cause clogs in your disposal unit. This can cause heat buildup in the unit as well as damage to the motor. Avoid these items altogether by using a strainer when cooking with these items or scraping off excess fat from dishes before you wash them.

3. Paper or Cardboard in the Garbage Disposal

Paper or cardboard can’t be processed by your garbage disposal. The blades of a garbage disposal are designed to cut through hard food scraps, not paper products. If you want to use the disposal for these items, tear them up first into smaller pieces.

If you’ve ever put paper or cardboard in your garbage disposal, you know that it doesn’t work too well. The blades can’t break down the fibers, and they become stuck in the drain.

The best way to avoid this problem is to never put paper or cardboard in your garbage disposal in the first place.

4. Artificial Items in the Garbage Disposal

Some people put artificial flowers and other decorative items down the drain. This is not only bad for the environment, but it can also clog up your garbage disposal. If you have items that are made from plastic or rubber (like fake flowers), toss them in the trash instead of putting them down the drain. 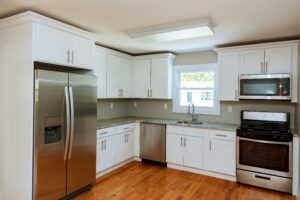 Are you experiencing common appliance problems? When something goes wrong with your freezer, dryer, dishwasher, microwave, or refrigerator, it can be a 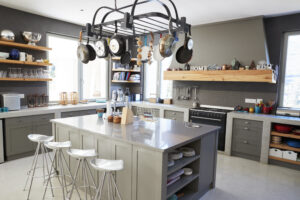 Getting More From Your Appliances

Have you ever looked at your appliances and thought, “I wonder how I can get more out of this?” Well, this post 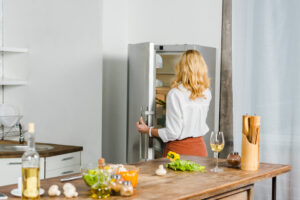 Top 4 Mistakes to Avoid When Buying a Refrigerator

When purchasing a new refrigerator, it can be tempting to grab the first model you see because it looks good on the

PROFIXIT provides qualified technicians with high levels of customer satisfaction to all of Winnipeg and surrounding areas.
We fix and repair all household appliances of all major brands.

Or leave your details
and we'll call you back

We’re your local, friendly and affordable appliance repair service in Winnipeg. Our technicians provide exceptional services and we come to you. No matter how big or small the problem is, we can fix it on the spot.