When Appliance Repair Is Cheaper Than Buying a New One

If your dishwasher, washer or dryer breaks, it’s tempting to just buy a new one.

But if you’re willing to do some research and comparison shopping first, you might find that repair is actually a better option.

Here are four situations where repairing an appliance is cheaper than buying new:

The appliance is less than five years old

If you’ve got an appliance that’s less than five years old and it breaks, there may be a good reason to repair it rather than buy a new one.

If you’re lucky, sometimes the manufacturer will cover repairs—but if they don’t, you can still get your appliance back up and running using a local appliance repair service.

And when making that call, don’t forget to ask whether they can do any labor-intensive repairs at home (like replacing belts or hoses).

You might find that having somebody come out and fix it yourself is cheaper than having them do everything in their shop!

You already have the parts you need

If your appliance is still working, but you know that it’s a matter of time before it breaks down completely and you have to replace it, then fixing up your old appliance may be the way to go.

If you know what parts are needed for the repair, you’ll be able to order them with ease. You can even do some research on how to install them yourself if they’re not available at the store where they sell appliances or household goods like screws or hinges.

Some parts may also require tools that aren’t readily available in local stores as well.

So if installing those parts seems too difficult for an inexperienced person like yourself, then finding someone else who has experience with similar issues would be a good idea—especially because repairing an appliance will probably cost less than buying new ones from big box stores like Best Buy or Home Depot!

When considering whether or not this option is worth pursuing (or even possible), make sure that:

It’s cheaper to repair than to buy new

The general rule of thumb is that if the repair is less than half the cost of a new appliance, it makes financial sense to have it repaired.

And if the repair costs less than 25% of a new appliance, then it’s time to get out your tool box and do some tinkering.

The reason behind this rule is simple: appliances that are four or five years old will not last forever. What’s more, buying an entirely new set of appliances could easily cost you thousands of dollars—and that doesn’t even consider what you would spend on installation fees! So why take on such an expensive project when cheaper alternatives are available?

You don’t want to invest in new appliances right now

If you don’t want to invest in new appliances right now, consider repairing your old ones. This can save money and give you an opportunity to recoup some of the cost of replacing an appliance by reselling it or renting out your home.

If your landlord will reimburse the repair costs, it’s a good idea to have him or her sign off on any repairs. That way, he’ll know exactly which parts were replaced and what the total cost was before paying for them with his insurance.

If these aren’t options for you—or if they’re not feasible—you might be able to sell or rent out your home at all while still saving money over buying new appliances instead of repairing ones that are already outdated.

Sometimes it makes sense to repair an appliance; depends on a number of factors

But what if you don’t want to buy a new appliance? Before you decide, think about these big picture considerations:

The average lifespan of an appliance is about 10 years. If you replace your oven every five years, that’s two (or three) ovens per decade. That’s a lot of money!

And all those appliances mean wasted resources and pollution—not to mention the extra energy required to manufacture them in addition to their carbon footprint from transportation and disposal at end-of-life.

Appliance repair helps prevent all of this waste while saving you money in the process—and also gives you peace of mind knowing that your home isn’t filled with toxic chemicals like mercury or lead that could harm pets or children if improperly disposed of.

Appliance repair can help save on utility bills by extending the life span of appliances that have reached their warranty expiration date.

A smaller carbon footprint will reduce our impact on climate change.

The decision to repair or replace has to be a personal one, depending on your budget and the type of appliance.

Sometimes it makes sense to repair an appliance; other times it doesn’t. The bottom line is that if you think you can afford to fix it now, then do so!

It may save money in the long run and keep items out of landfills by keeping them working well past their expected lifespan. 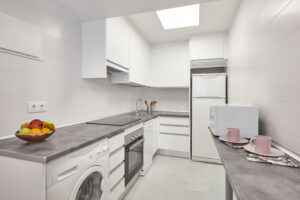 Is It Time To Replace Your Kitchen Appliances?

If you’re like me, you love your kitchen appliances and would never dream of replacing them. However, at some point our beloved 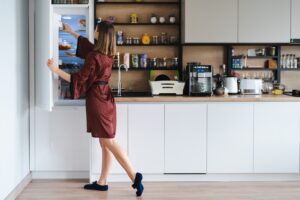 How To Choose The Best Refrigerator For Your Home?

Refrigerators are a necessary and vital part of our daily lives. They help us save time and money, while also keeping our 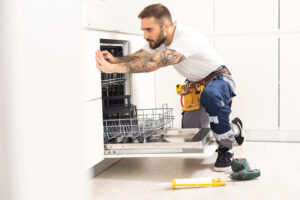 9 Common Appliance Problems You Can Easily Fix Yourself

If you have an appliance problem, it can be very frustrating. Whether the issue is with your dishwasher, dryer, or refrigerator, it

PROFIXIT provides qualified technicians with high levels of customer satisfaction to all of Winnipeg and surrounding areas.
We fix and repair all household appliances of all major brands.

Or leave your details
and we'll call you back

We’re your local, friendly and affordable appliance repair service in Winnipeg. Our technicians provide exceptional services and we come to you. No matter how big or small the problem is, we can fix it on the spot.